Oliver Pond was born on July 29,1737 in Wrentham, Massachusetts.

He was the son of Ephraim Pond, Jr. and Michal Mann. He grew up at 5 North Street (pictured), on the corner of Dedham and North Streets in Wrentham, a home which he later took over as an adult. On May 19, 1763, Pond married Hannah Fisher. The two had six children together, all born in Wrentham: Ephraim, Keturah, Oliver, Jeremiah, Patty, and Betty.

Pond was the captain of a company of minutemen who marched on the alarm of April 19, 1775. The company was part of the militia that comprised George Washington’s 1st command in the siege of Boston. They followed George Washington in the Battle of Trenton on December 26, 1776 in a surprise attack. (General Washington and his troops captured most of the opposing troops; all Hessian soldiers were paid German soldiers hired by the British. No British soldiers were at the Battle of Trenton.) Pond resigned from the militia in 1777.

From 1784-1785, Pond served in the House of Representatives. Later in his career, he was given the title of General, which is what appears on his tombstone.

Oliver Pond died at the age of 85 on November 8, 1822. He and his wife, Hannah, are buried in Wrentham Center Cemetery. The picture of his original headstone is attached. 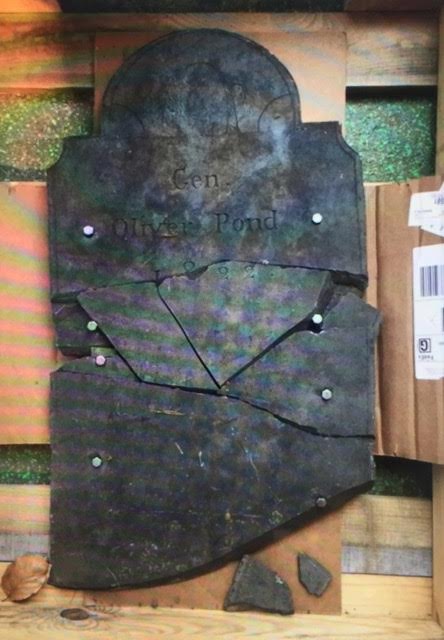 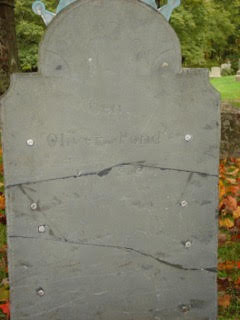 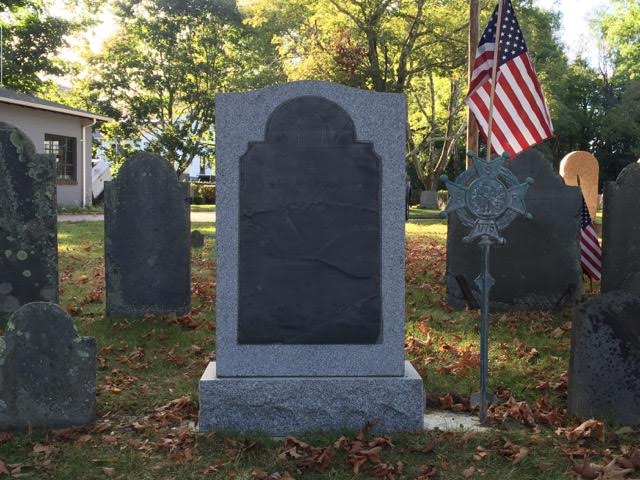