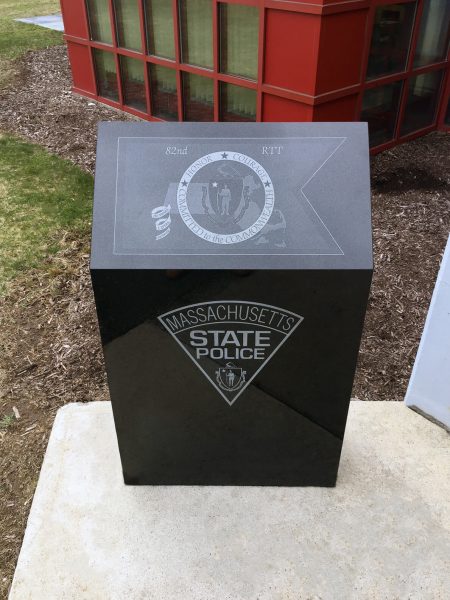 In the spring, 158 cadets graduated from the Massachusetts State Police Academy, located on 780 acres in the rural town of New Braintree, Massachusetts. Theirs was the 82nd Class to complete the program in preparation for the critical duties that lie ahead of them. For twenty-five-weeks, they endured more than ninety different courses of instruction, including realistic training exercises.

“We started with 212 [recruits] and graduated 158 because the training is that grueling,” said Jonathan Sprague, a graduate of the Class of 2016. He said it is customary for each graduating class to give something back to the academy upon completion of the training. The Class of 2018 chose to erect a granite monument to mark their accomplishment.

Tribute in Stone Monument Company worked with the graduating class to create a stunning monument which marks their proud achievement. Placed the entrance to the State Police Academy, this lasting tribute will serve to encourage and inspire all those who pass by it. 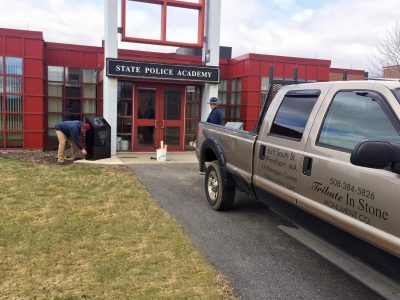 “The true vibe of the academy is comradely through shared misery,” said Sprague. “We wanted something that would be visually eye-catching and instill a sense a pride in the job. I think the stone does that well.”

Tribute in Stone was honored to work with the graduates of the Massachusetts State Police Academy to create and install this lasting tribute to their incredible achievement.

Congratulations to Class of 2018!