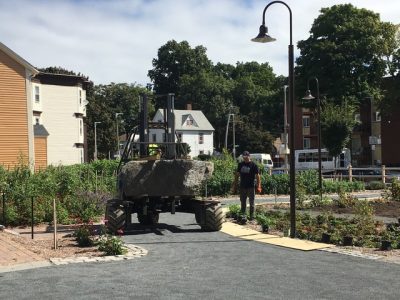 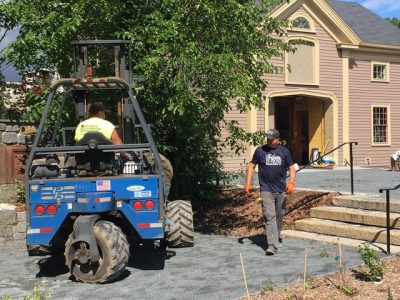 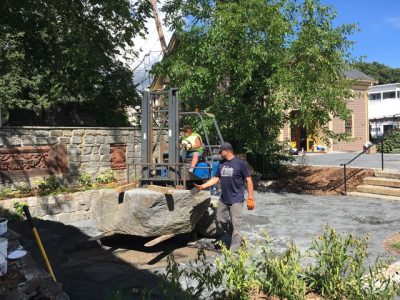 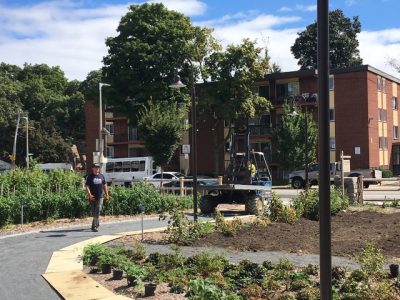 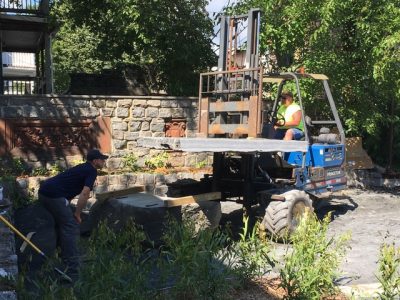 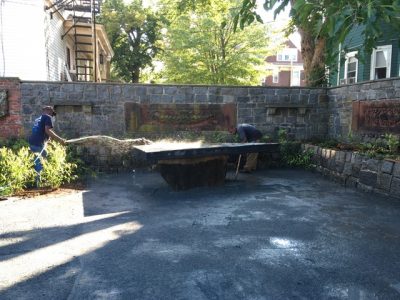 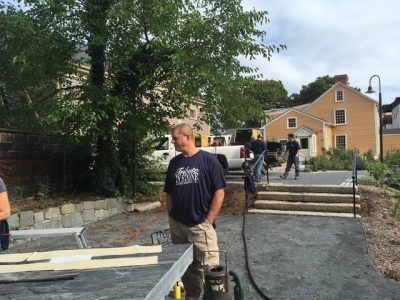 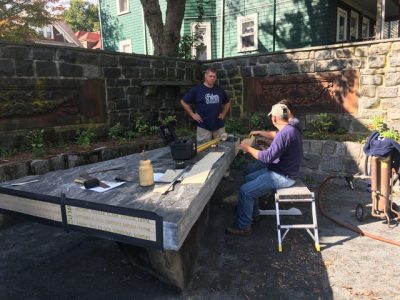 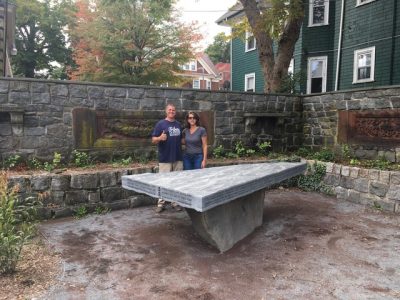 Historic Boston is pleased to unveil a tribute to the many very generous donors to the preservation of the Fowler Clark Epstein Farm in Mattapan. Taking inspiration from former owner Jorge Epstein’s stone walls, we commissioned a stone table, engraved with each of the project’s major donors, for one of the farm’s gathering areas. 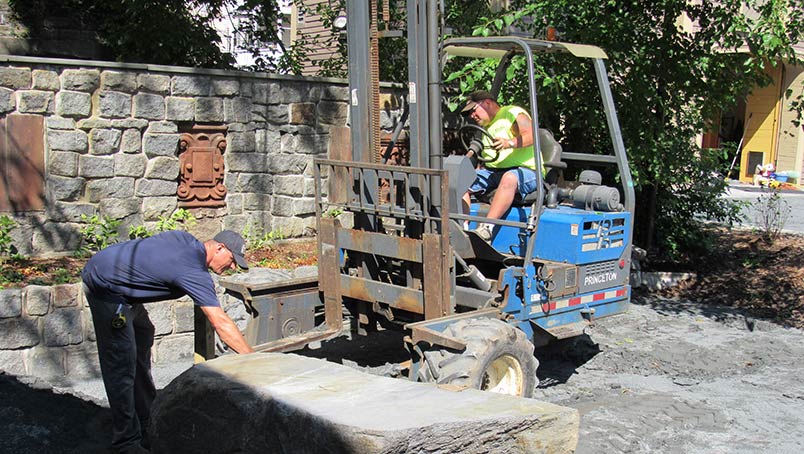 We wanted to create something to highlight the Farm project donors, namely something that could actually be used by farmers and visitors, rather than the more traditional plaque.  The table idea came forth from a group effort, and we couldn’t be more pleased with the final project.

Initially, Nina Garfinkle of Garfinkle Design suggested creating rustic granite benches that could be engraved with donors’ names around the edges.

We loved the idea, but learned that obtaining slabs of granite large enough to fit all of the names could take years.  It was then that landscape designer, Keith Zaltzberg of Regenerative Design Group suggested we use Ashfield stone from the Berkshires, instead of granite.  The Ashfield Stone is natural layered schist that is native to New England, and it is available in larger pieces. 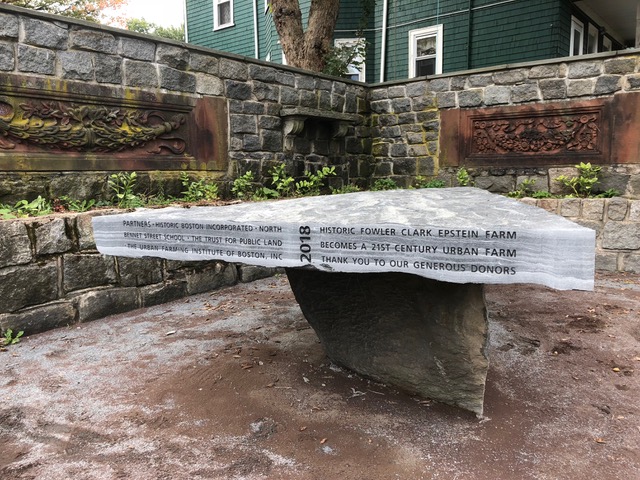 Then the greatest challenge:  we needed to find someone who could pick up, deliver and engrave the stone. Nina contacted Shila and Todd Duffy at Tribute in Stone, who not only agreed to take on the project, but also agreed to discount their fee as a contribution.

Placing the massive stones was no small task, but Tribute in Stone completed the task in a few hours.  Hurst Landscape & Site Services, which had prepped the site for the stone’s arrival, came back to regrade the stone dust just in time for a wedding that was taking place at the farm the next day.  And just last week, the final step was completed – engraving the stone.

HERE’S WHAT IT SAYS:

We are extremely pleased with the end result, and very grateful to the many people who helped make the donor table a success.  We hope you will take a look at the table and the names of all of our generous donors the next time you visit the farm.